So, unfortunately, for the first time I have to tell you all a bad experience about China. And it grabbed me that much that I wanted to shared it immediately, so here it is.

First I will finish the rest of day 4; After the visit to the Olympic area I went to a very nice temple (the Lama Temple) and had dinner somewhere close to that. Than I went back to the hostel and found an aged guy sleeping in my 3 person dorm room, not the talking kind of person, so kind of boring. After a short break I went to the most famous market-street of Beijing to see what was happening there. The market is famous for its strange delicacies, and indeed I saw fried frogs and scorpions, which I didn’t eat luckily.

While walking on the market and photographing a church I met a girl named Koriander (don’t laugh! Those western style names are just international nicknames people have here). She suggested to walk on the market together and I agreed surprised, because I didn’t expect such interest in me. Of course I am a western guy, so maybe they like me for that reason, but I decided that a good conversation couldn’t hurt at all. After some walking we met a girlfriend of Koriander which she should meet called Rosie. They showed me around a bit and we ended up in a place where you could drink some real good quality tea. When I saw the map I almost fainted when I saw that 1 cup of tea costed 180 yuan (like 18 euro), but the ladies convinced me of the cheap sharing option and so we started drinking. In the end we also had some wine and beer, but in my opinion I didn’t drink for more than 500 yuan, and we ended up with a bill of almost 2000 yuan (like 200 euro!). And guess who didn’t have more than 300 yuan, yes; the girls! Of course I don’t mind paying something for girls, but this is outrageous, especially for girls I don’t really know that well and after them promising me that it wouldn’t be this much! So eventually, after many discussion and anger I just payed with my credit card, but the whole ambiance of the evening was gone for me. Apparently they expected me to be rich or something, although I told them several times that I really was traveling on a tight budget. I felt so bad about it that I didn’t want to spend any more money that evening and I went back to the hostel. Of course now I feel ripped off and I made up several complot theories they could have used to toggle money from me, but in the end I don’t really think they tried to rip me off. Next time I just have to be clear that I will only pay my own drinks and I will never go in such an expensive place again. 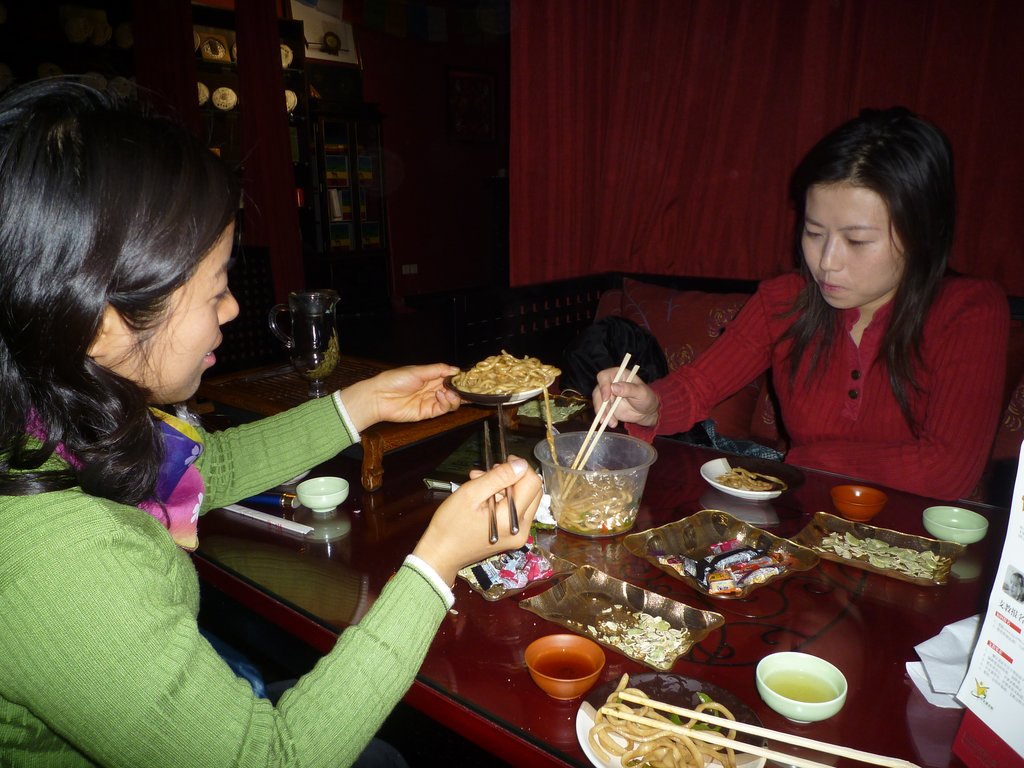 Rosie and Koriander, the most expensive tourist attraction in Beijing!

Well, in the end, money is not the most important thing in life. I spend, I learned and I even enjoyed (before seeing the bill at least) so I hope this evening will help me in the future and makes me a wiser person. Tomorrow I will visit the forbidden city, so lets look forward and smile again, although that is kind of hard after losing almost 200 Euro in 3 hours, something even Holland Casino didn’t make me do!