Our first impressions in a few words: hot, hot, hot! We both visited Death Valley (USA) in 2009, so we already experienced some real heat, but again the extreme temperatures are fascinating. The walk from the trainstation to our hostel only took us about 15 minutes but felt like ages. 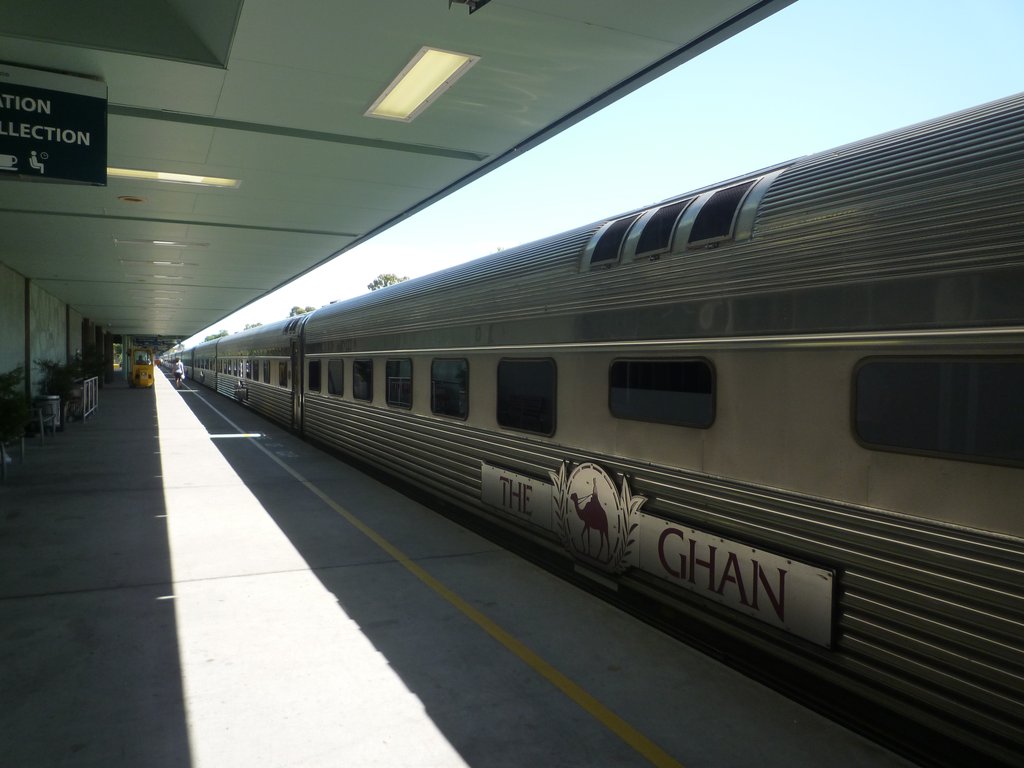 The Ghan, the train that brought us to Alice Springs 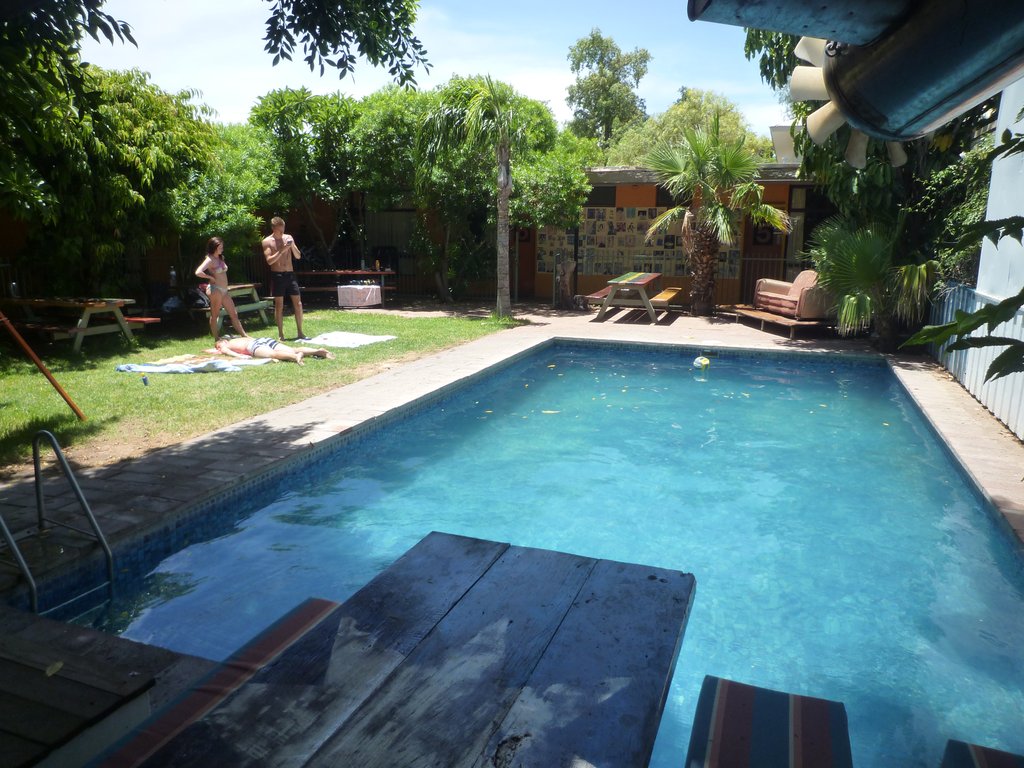 The swimming pool at our hostel, number 5 in the back is our room!

For those of you who are not yet that well informed: Alice Springs, or “Alice”, is a town with little over 27000 inhabitants, situated in the middle of Australia. Traditional inhabitants, the aboriginals, are living here for more than 40000 years, making it a very old and important place in the history of Australia. Strange enough nowadays many aboriginals are kind of lost in this city, hanging around near the shopping malls they really look kind of sad and without any purpose in life. They live in between our western world and their own traditional way of living, without a job and not knowing what their future will bring. As victims of the colonisation of Australia they are far away from the society they used to be, unfortunately, but what can you do about it?

The current symbol of the very long history of aboriginals living in this area is Ayers Rock, or “Uluru” as the aboriginals call it, a huge 348 meter high rock formation and one of Australia’s most renowned natural wonders. Of course we have to experience this phenomenon with our own eyes.

After a day of relaxing and laying in the sun, we leave with 14 other backpackers and a very enthusiastic bus driver to the desert surrounding Alice. We will visit Kings Canyon, Kata Tjuta and Ayers Rock the next days, camping, making a fire and sleeping in a swag (some kind of outdoor sleeping bag) between the wildlife under the stars. To give an impression of this trip I selected the following photos: 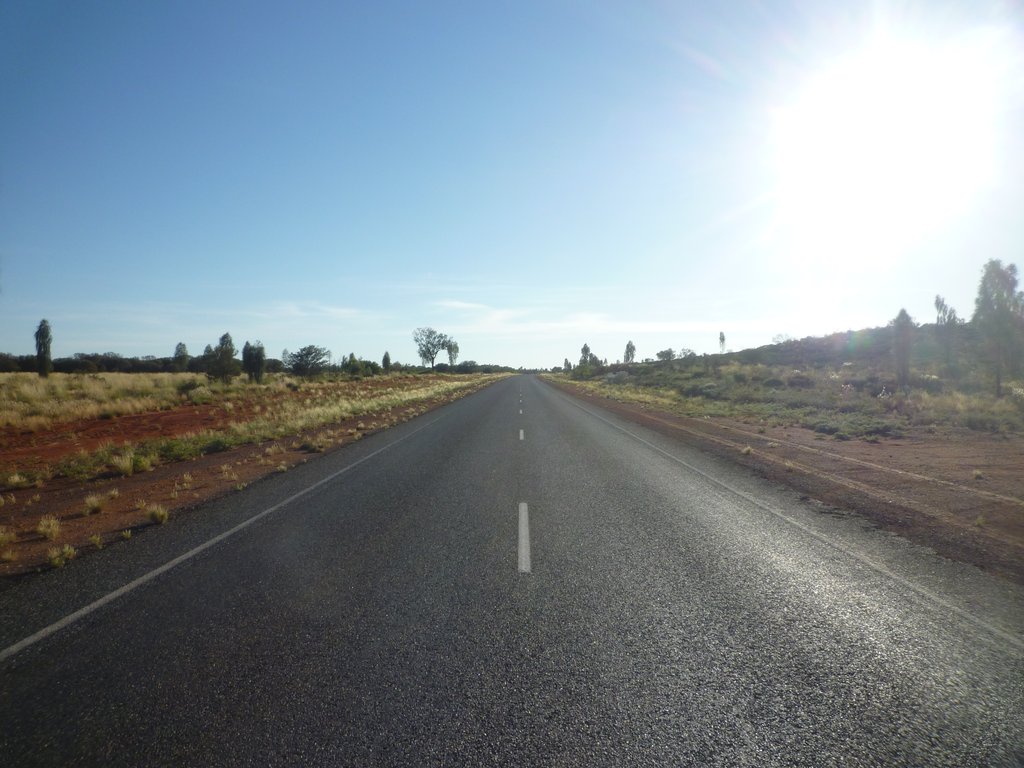 Road in the outback. Unexpectedly paved with nice asphalt. 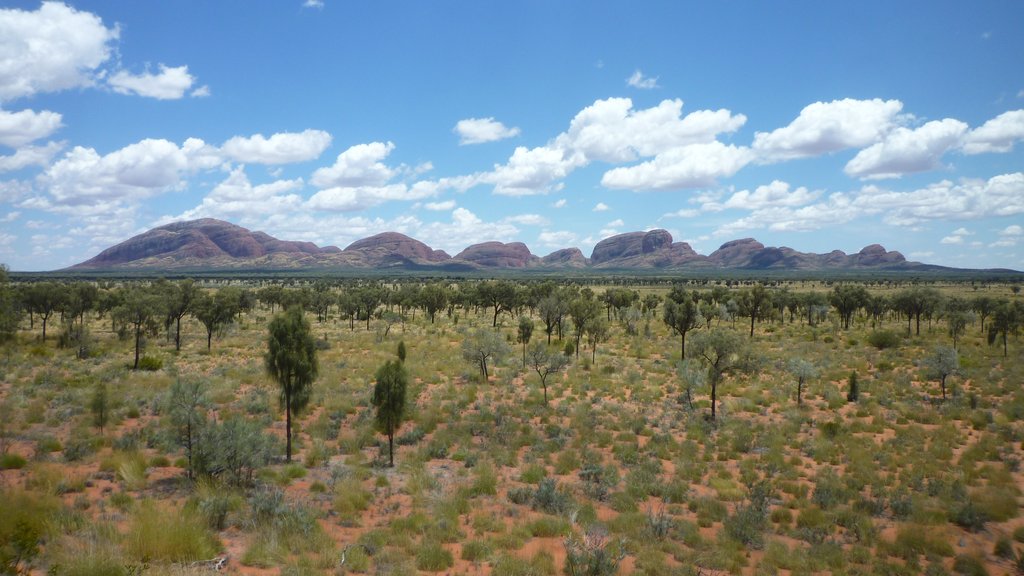 The view on Kata Tjuta, a beautiful range. 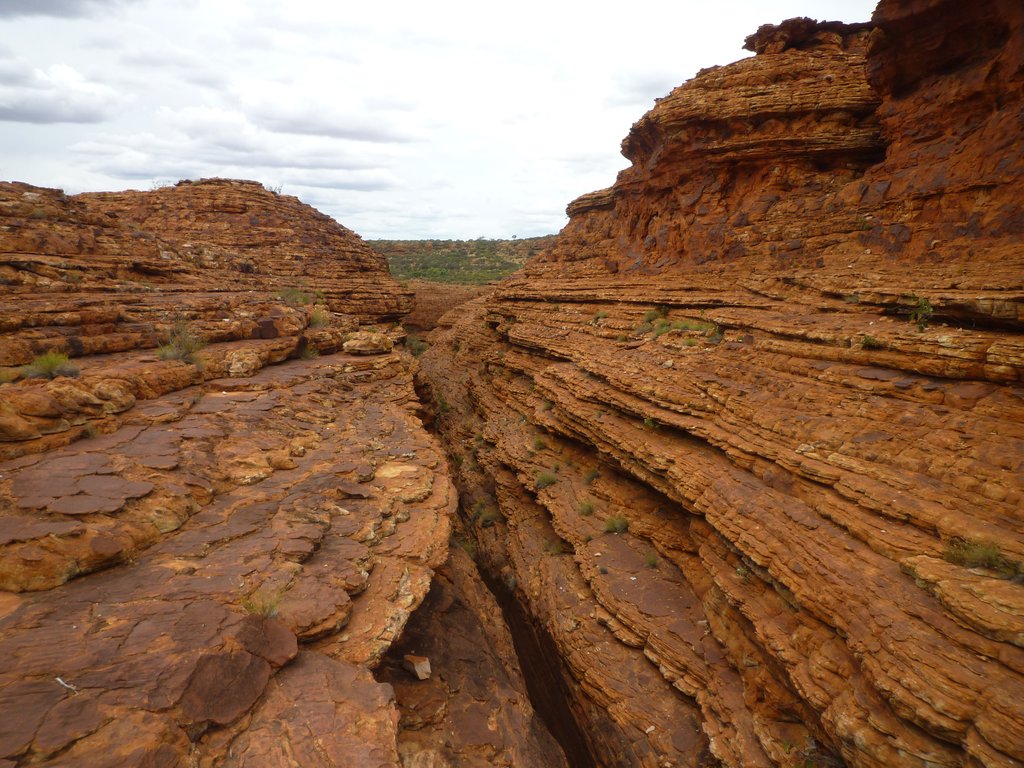 King Canyon, amazing all those layers. 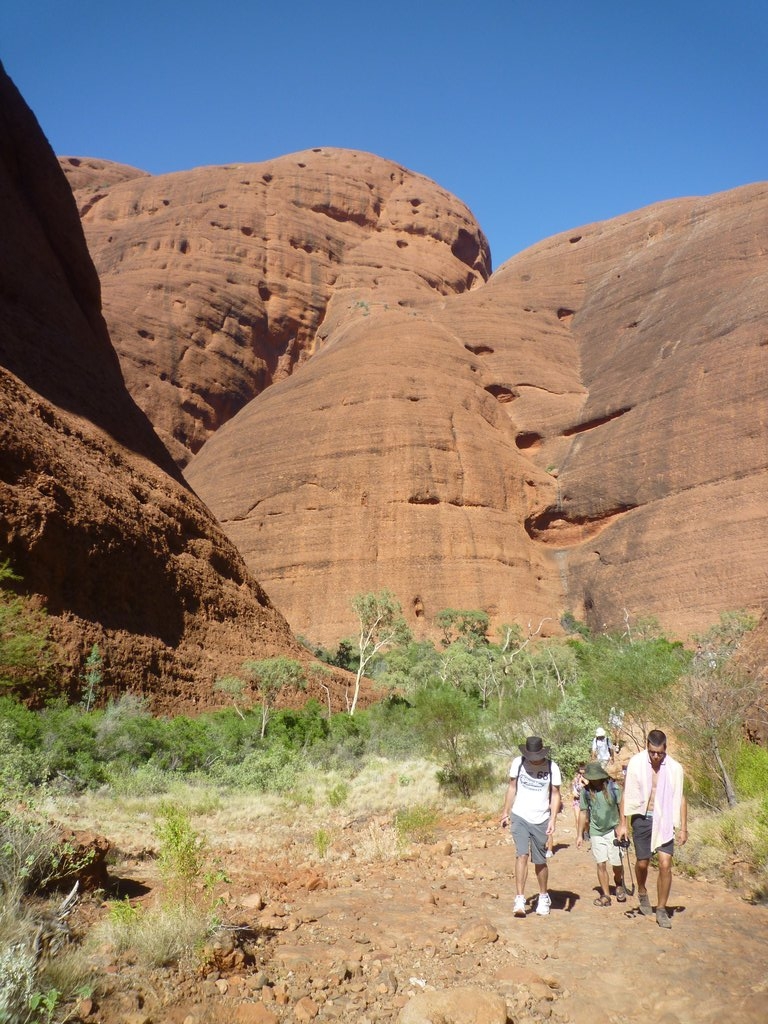 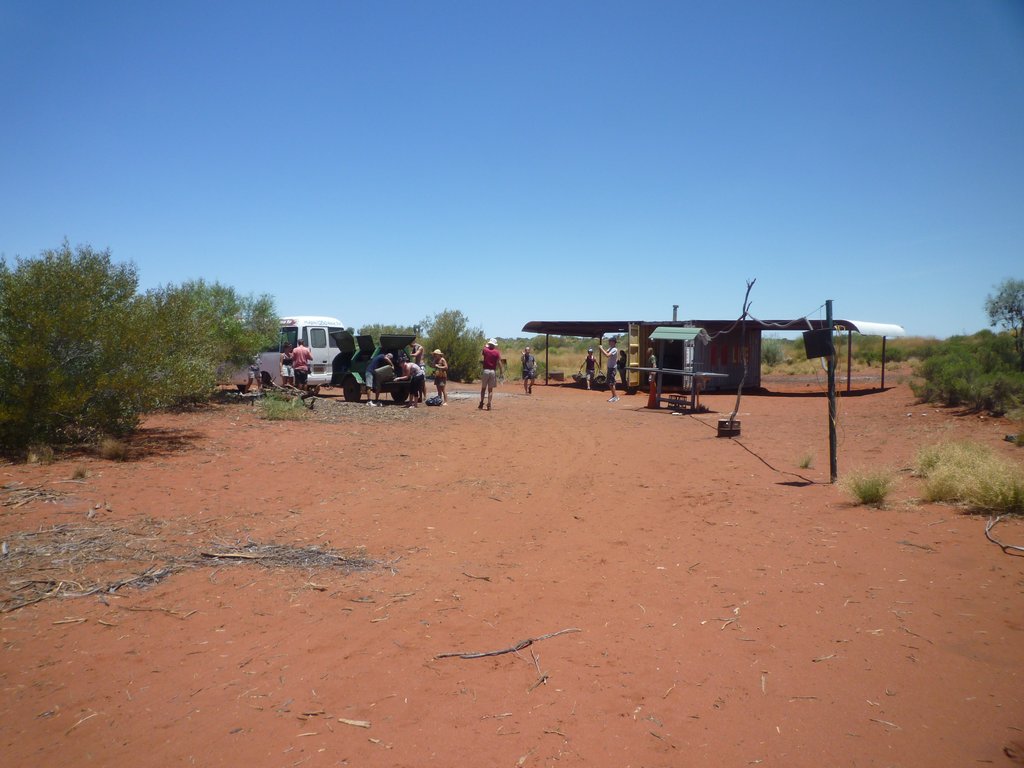 The place where we slept, between really poisonous spiders and snakes. 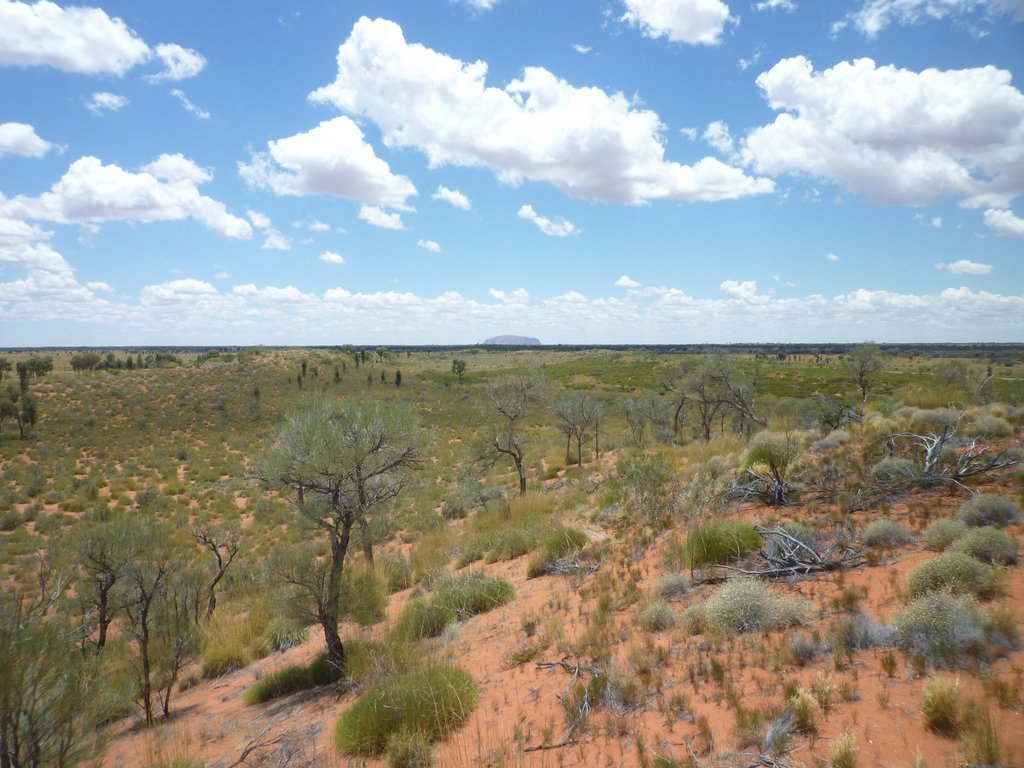 The first real view on Uluru. 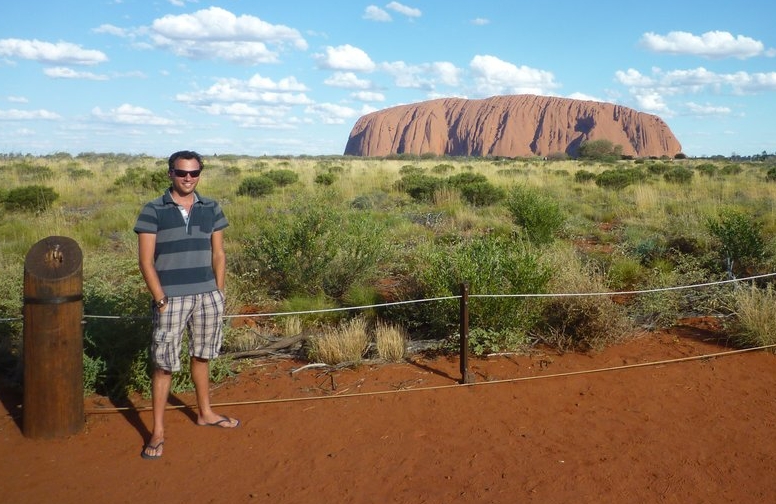 Me at the sacred rock

Uluru: to climb or not to climb

The Ayers Rock is a very sacred place for the Aboriginals, used for thousands of years in the most important ceremonies. Only the most powerful warriors were allowed to climb to the top of the enormous rock, following a very old path. Nowadays all this mystery is gone there the government made it possible for all the tourists visiting Uluru to climb the rock. The only thing is that the aboriginal people still see this icon as very sacred and don’t really like people to climb it. Therefore a climb is not just a climb, but a mental rejection of the aboriginal thoughts, disrespecting their wishes. Knowing this most people, like me, should respect the old culture by not climbing the rock. But when you see this giant, and love climbing things as much as I do, this is really hard to realise. In the end for me this is just a rock, just a natural phenomenon, with the best view on the immense surrounding outback possible. But in the end my moral feeling wins from my hunger for altitude, even after seeing the path to the top which almost made me dribble. I didn’t do it, I didn’t climb the rock, hopefully it was the right decision. 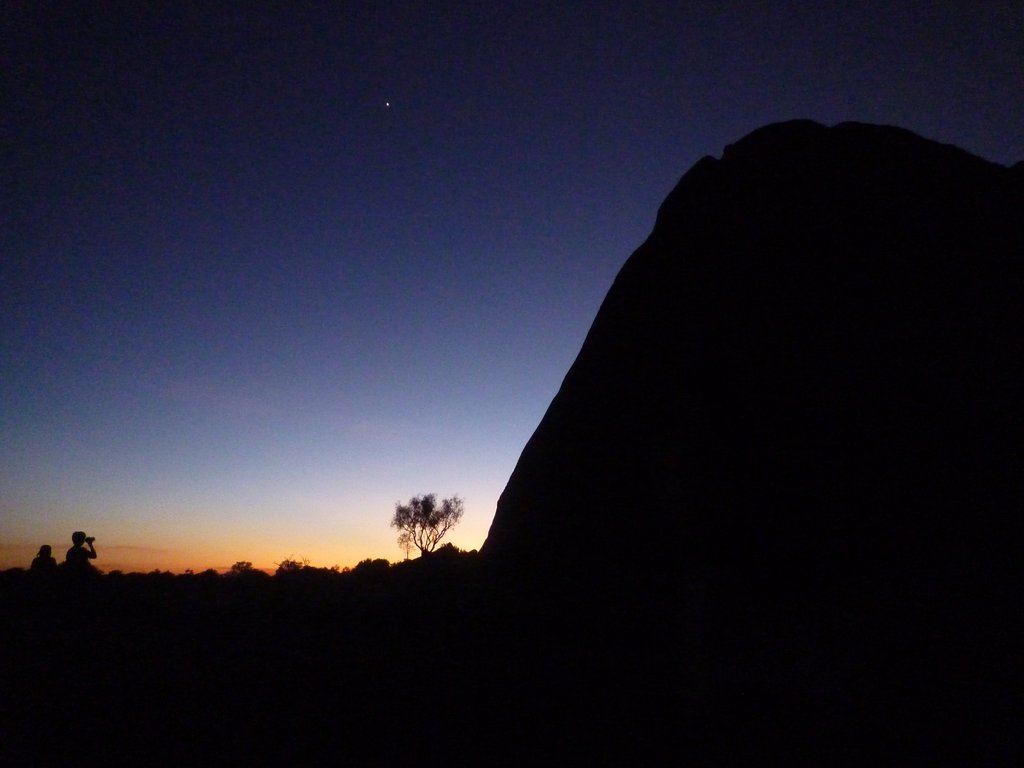 Ayers rock at sunrise, very very early in the morning when temperatures are still bearable. 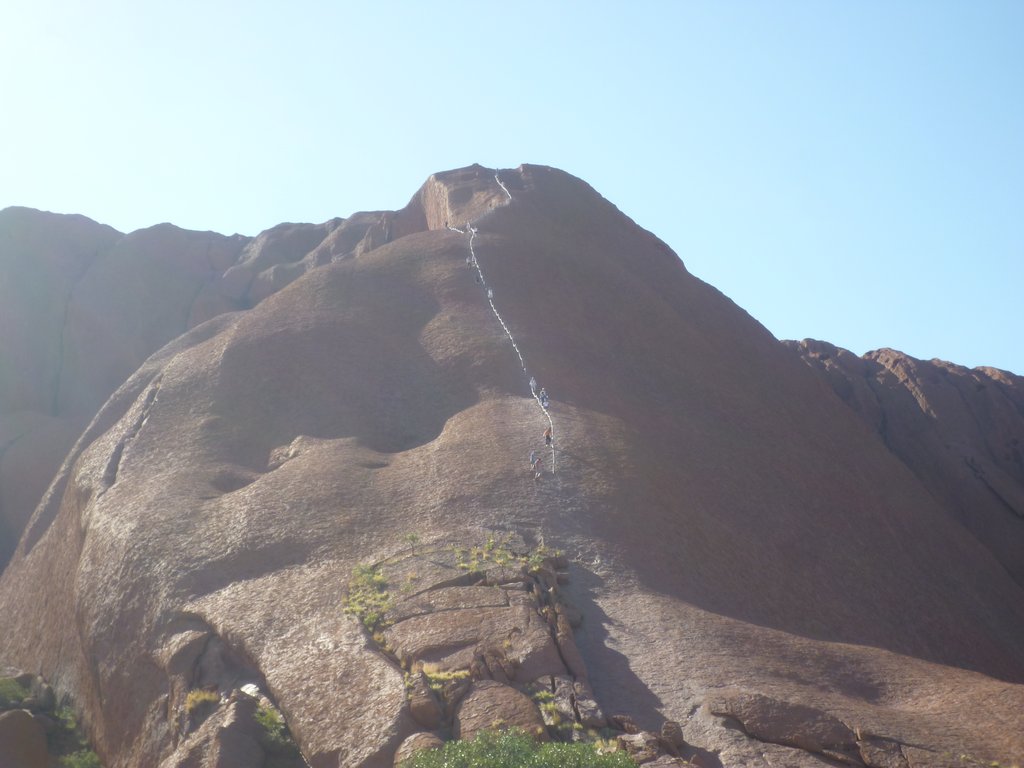 The path to the top of the rock, isn’t it attractive? 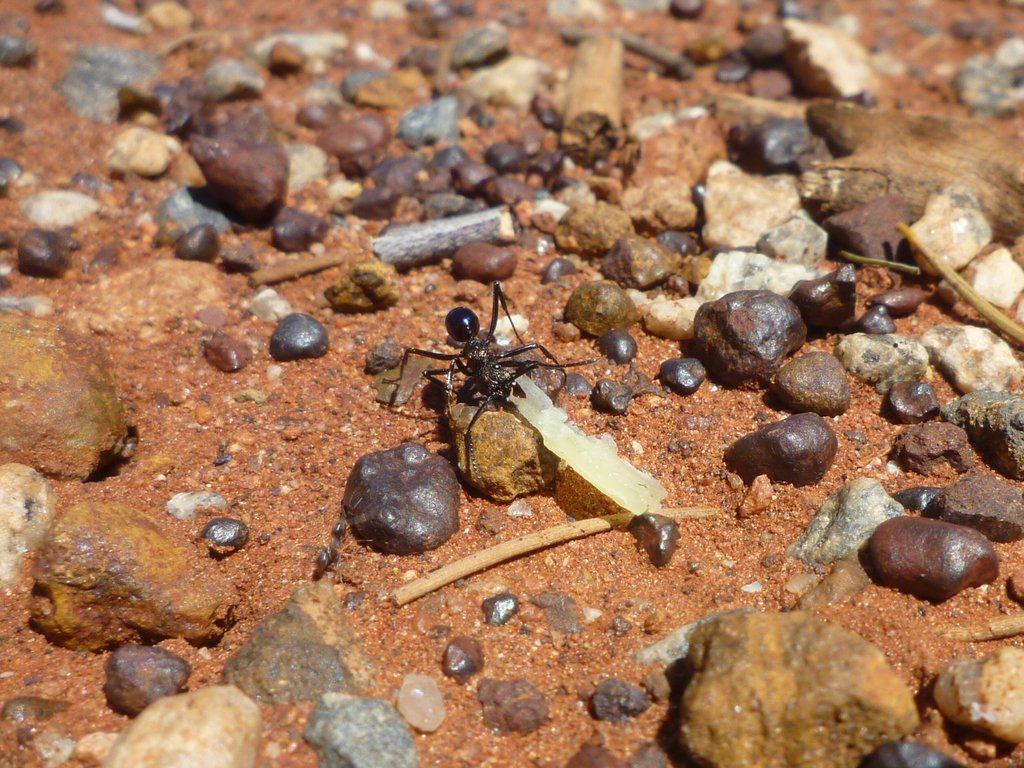 The first picture of the animal photoshoot I made, the ant is stealing my cheese! 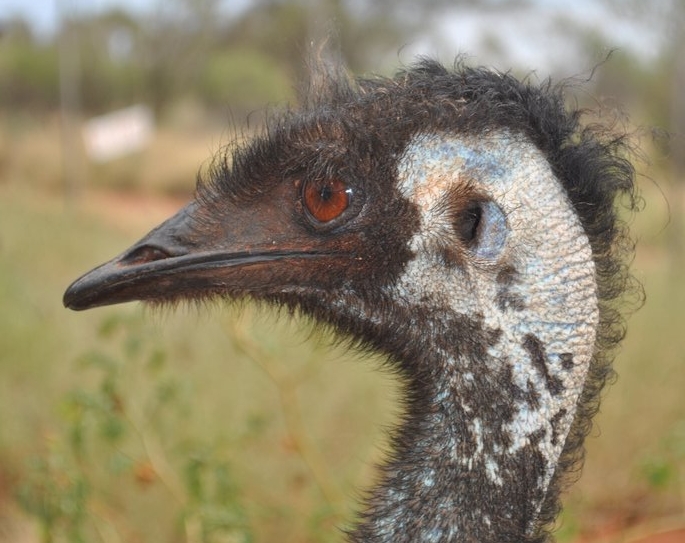 An Emoe, a dinosaurlike bird with very impressive staring eyes. 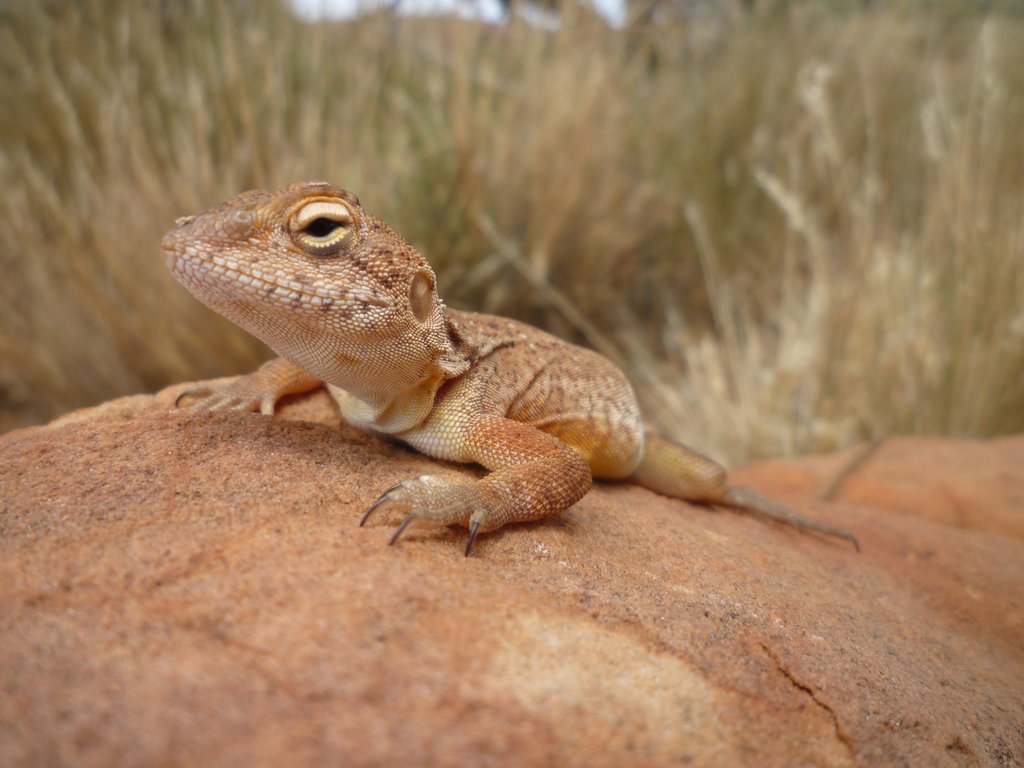 A small lizard or Gecko, posing for me on a nice rock. 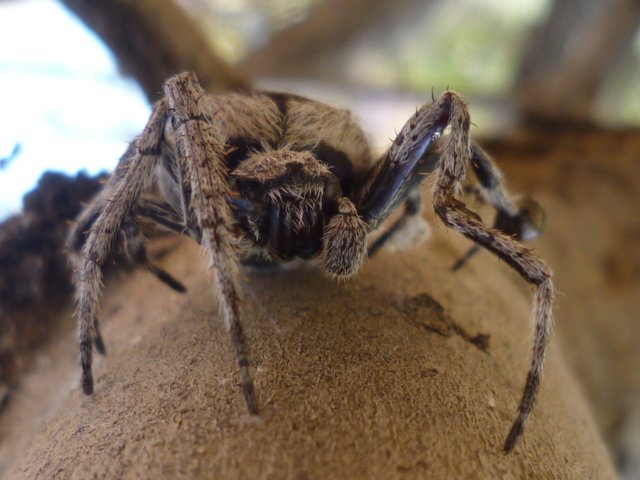 Also this spider liked to be photographed by me. 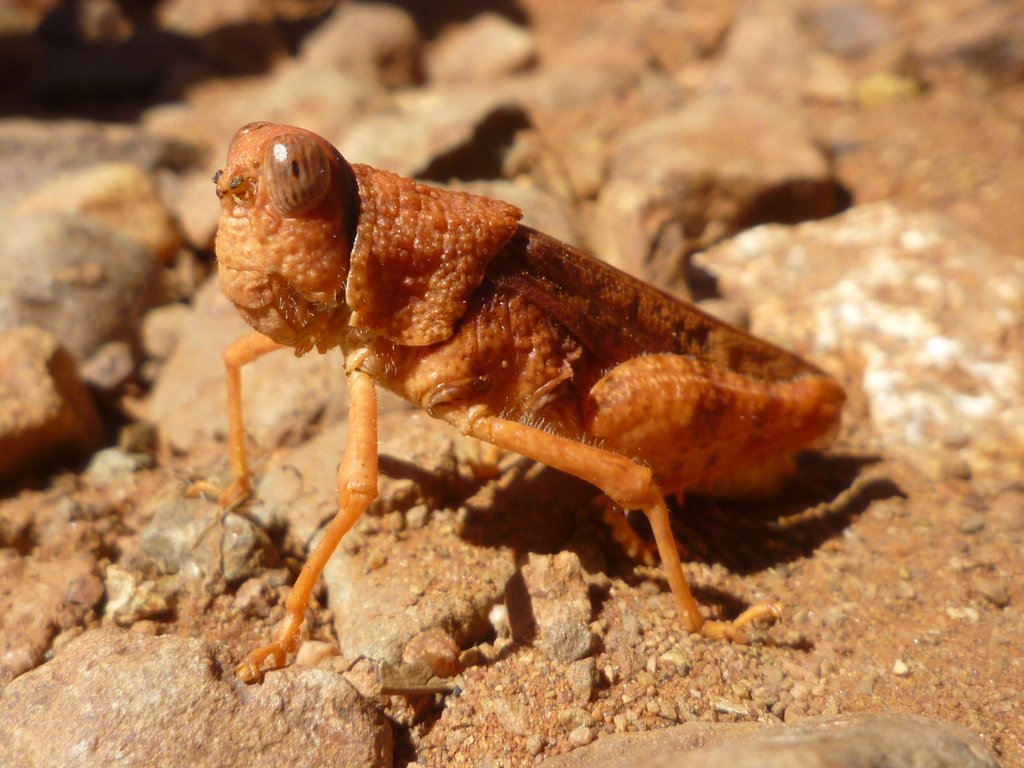 Look at the eyes of this grasshopper, so weird! 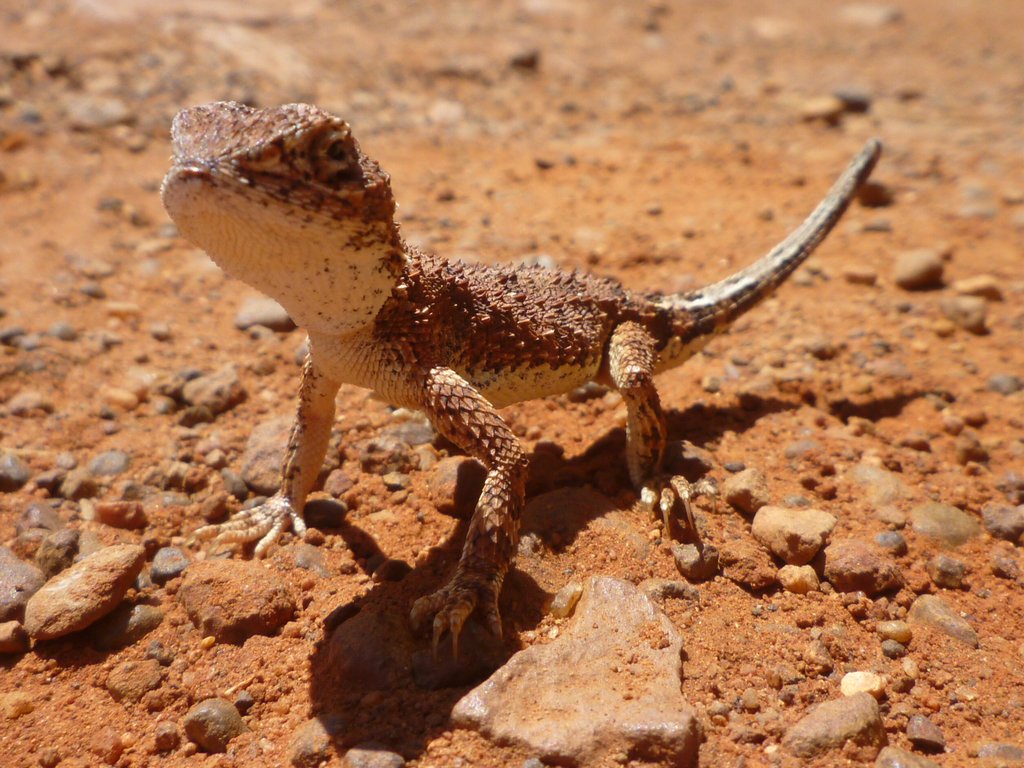 Another lizard that wanted a photo, who am I to say no to that… 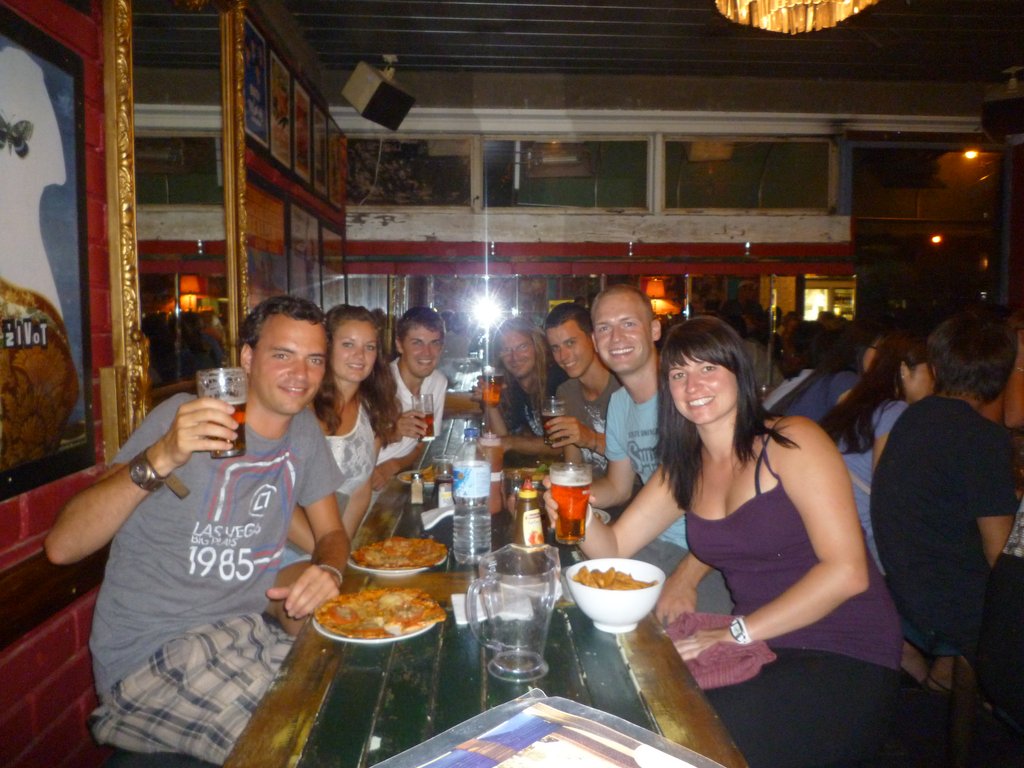 The last photo of the animal photoshoot; a part of the group after our return to Alice.

Conclusion after arriving back in Alice: the trip was a great experience! Almost all the other 14 backpackers were really interesting people and fun to hang out with. If you think about the first day, when we didn’t know any of them, it is really unbelievable that you get to know people that good after only three days. Maybe that is what makes travelling really worth doing, learning about how other people think about and live in this world.

Ps I also played a game of pool against an aboriginal woman. Unfortunately I lost that one, but at least I can blame the beer I drunk before! 😉 It was a great experience, it kind of felt like playing against 40000 years of culture.