Strijp-S, a big industrial area near the city-center of Eindhoven, will change enormously when old fabrics will be redeveloped in the next decade. All these changes cause a desperate need for a train-station for the many people who will be travelling here o and from their work.

Design a station that is especially focused on bicycle traffic, a very popular way of travelling in Eindhoven. The station must be designed to process up to 500 bicycles a day. 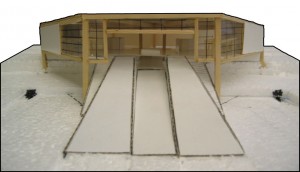 With designing a big train-station for bicycles, it is very important that users can easily transfer from their bike to the train and vice versa. Therefore it has to be as easy and fast as possible to get on and off the platform by bike. A slope gives bicyclers this possibility, they can just ride from the city-streets to the platform through a tunnel. Also the surrounding area supports this stream of traffic by the big open area in front of the station. Bicyclers can store their bike just at the platform in one of the many boxes, before taking the train. On the way back the bicycler takes the slope again, now in the opposite way (downhill) and enters the street-life again.

The station is the link between the railway-track and the surrounding urban area. The fast linear movement of the trains convert to the slow variable movement of the bicyclers and pedestrians. This change in movement takes place inside the station which acts like a kind of black box. Inside the station the design creates a view on the railway in one hand and the high-rise buildings in the surrounding urban area in the other hand, to underline this change in movement. 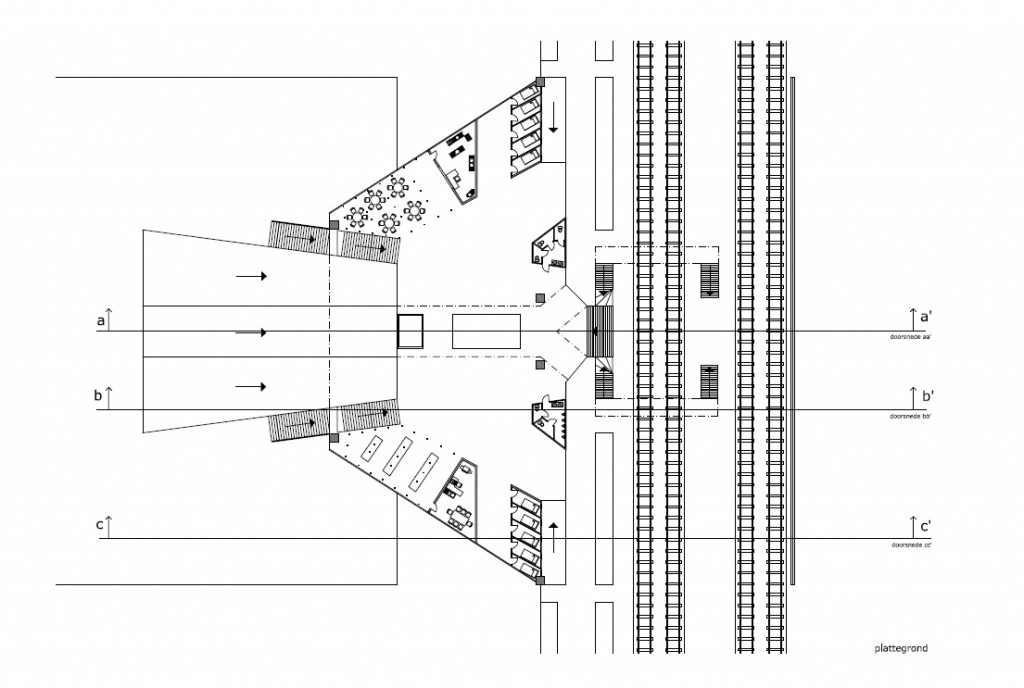 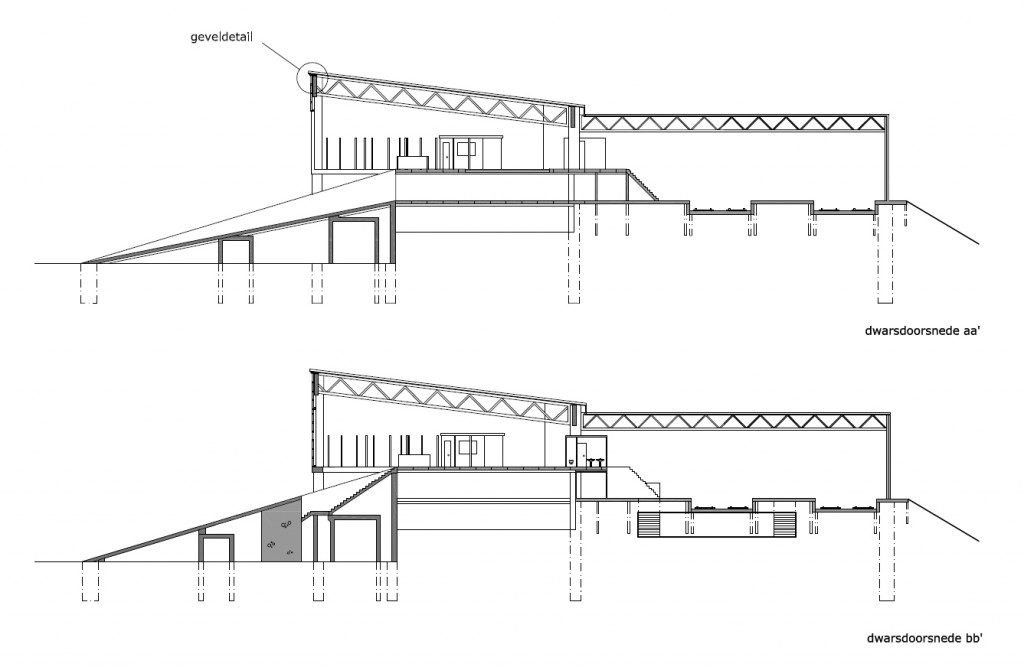