The next decades Strijp-S will transform from an industrial area to an open living and working area for creative people and institutions. Also on the urban scale there need to be several changes to adapt this new environment to the surrounding situation. Design a new urban development plan for the Strijp-S area and keep in mind the Genius Loci. 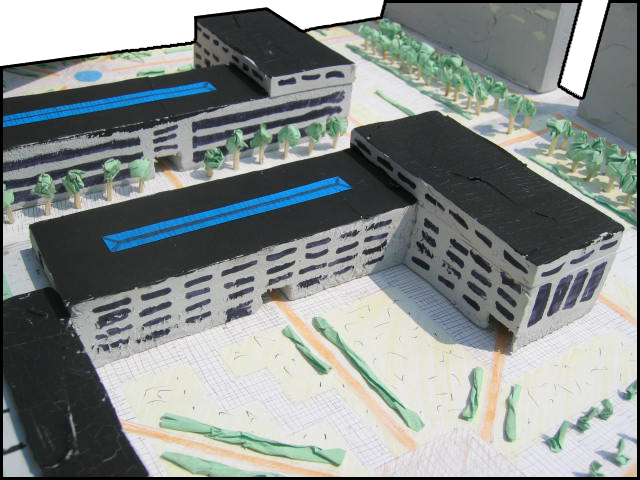 The history of Strijp-S goes back to the beginning of the 20th century, the period where Philips opened it’s first big industrial buildings on the site. The characteristic shaped buildings and the big open public spaces are the only left symbol of the rich working-history of Philips here, a movement that has been very important for the development of the city of Eindhoven. For the current surrounding urban area, it is very important to keep this open public atmosphere and at the same time transform Strijp-S in a decent way to new functions for the future. 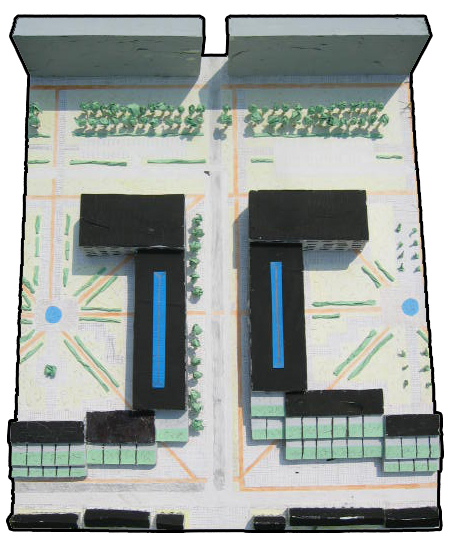 To keep the special atmosphere that has been at the site for the last 100 years, the area has to keep it’s own character. That means that most of the original buildings will be renovated and the area will be recognizable as it used to be. At the same time the area needs to adapt to the surrounding urban situation, where there are many small houses instead of big buildings. The Hoge Rug therefore will be the spine in the plan, underlined by the ascending difference in height of the surrounding buildings. A big green axe will function as a green channel that supplies the area with life.

The different building-blocks open up to the green axe with their own recognizable green inner core, showing their back to the surrounding workers-district. In this way the characteristic, individual and “closed” atmosphere of Strijp-S will be preserved. At the same time the infrastructure of Strijp-S will adapt perfectly on the surrounding infrastructure, fitting like a perfect piece in a puzzle. To stimulate bicycle-traffic, there are many bike-trails, even through big building-blocks. 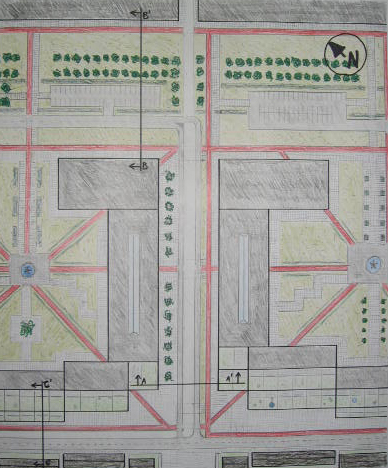 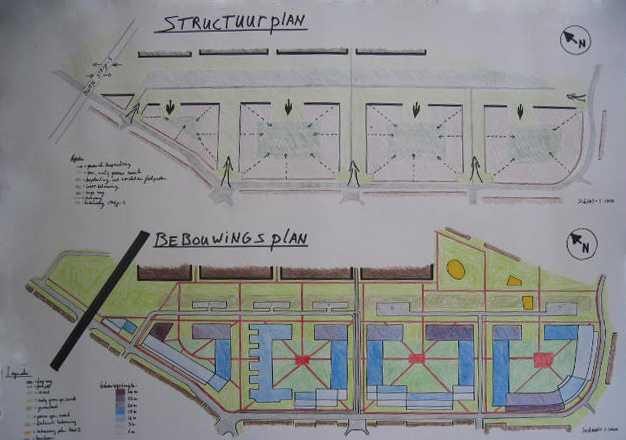